« How Does Your Brand Provide Value to Your Market? | How To Connect Your Brand To People’s Emotions »

Folorunsho Alakija: The Richest African Female Fashion Designer… and there is more to add!

The news item that an African woman dethroning Oprah Winfrey, the richest female Afro-American media Empress, from her ‘the richest black woman’ position is something exciting. It’s not a simple achievement to reach the level of Oprah Winfrey, and reaching even a higher level above her is something to get more excited. (not that I’ve anything against Oprah Winfrey; I like her shows and I like her other activities, too). Julee Wilson wondered in her article for The Huffington Post that we (people) hadn’t thought it was possible… to takeover Oprah Winfrey’s No.1 position, but it did happen.

And the woman who dared to challenge the richest coloured woman is another coloured woman from Nigeria, Folorunsho Alakija. There is no other simple way to introduce this 63 year-old business magnet than saying: “Please, meet Mrs Folorunsho Alakija, a former business secretary, banker, fashion icon, corporate promoter, digital clothes printer, real estate owner, oil baroness, writer and the 69th most powerful woman in the world.” (And you’ll see that there are more titles coming.)

The list of distinguished guests at her 60th birthday and 35th wedding anniversary, both on the same day, in 2011 makes us realise what it’s to a billionaire: the First Lady of Lagos State, Deputy governor of Lagos State, a senator, and so many other wealthy and prominent personalities in Nigeria whose names we are not familiar with and can’t get our tongues around, either, were there more to show their presence there than to actually greet them — you can’t miss such a grand occasion, can you? Folorunsho Alakija once declared that hers was not a rags to riches story as she has come from a rich family. She was born in Ikorodu, Lagos in 1951 to the first wife of Chief LA Ogbara, the head of a Muslim family noted for their financial supremacy. He had eight wives and 52 children. Folorunsho got a chance of her life when her father decided to send a daughter of his favored wife to be educated in Wales, and to keep her company, he chose Folorunsho, who was 7 at that time, to accompany her. After having her primary education in Wales along with her step-sister, she returned to Nigeria to complete her schooling.

And later went to London to do her secretarial course at Pitman’s Central College. After that she worked as a secretary for Sijuade Enterprises, Lagos, and then for about 12 years she stayed in the banking sector holding different positions starting from an executive secretary at the First National Bank of Chicago (the present Finbank PLC, an International Merchant Bank of Nigeria) in Nigeria, to an office assistant at the Treasury Department. Meanwhile she got married to Mr. Modupe Alakija, a lawyer by profession, in 1976.

However, when the bank was closed down some time in late 1970s, she went back to London to study fashion design at the American College and Central School of Fashion, London, and after completion, returned to Nigeria and launched her first fashion brand label, Supreme Stitches, in 1985, which in 1996 was renamed The Rose of Sharon House of Fashion. As she started producing T-shirts in large numbers in 2001, she changed the name to The Rose of Sharon Prints and Promotions. Nobody knows how or why she had switched her career from banking to fashioning, but a sensible guess could be that she got the passion for designing from her mother who had been a noted textile merchant in her own heydays.

And within one year of establishing her career in fashion, she was awarded The Best Fashion Designer of The Year 1986, and that attracted clients like the former first lady Maryam Babandiga, which in turn, attracted the other high-end elite of the society. She wears so many of her own designs that you might prompted to say that ‘she IS fashion‘!

I had passion and a burning desire to succeed
– Folorunsho Alakija

Good fortune smiled on her when Folorunsho got her application for oil drilling license in 1993 under Famfa Oil Limited (the area is now called OPL 216) granted. As she had no knowledge in oil drilling business, she entered into a joint venture with experienced companies, selling some shares of her holdings. She has become the executive vice-chairperson of the company who, along with her husband and four sons, holds 63% of the share. Her business acumen showed brighter than her clothing designs when she fought with the government which tried to take possession of her oil company and won back her rights to own it for herself. With that victory, according to some news items, her wealth was estimated at $ 7.3 billion!

Looking at the Famfa Oil company’s branding, I am shocked at the poor quality logo design and the really dated looking website. I wonder how a billion dollar oil company would not be keen to invest in a proper brand identity and website design to match their profile on the world stage.

The Famfa Oil logo design is a classic cliched oil company logo design with an almost clipart like oil drop design and a very unemphatic logotype.

This brings to mind a recent Nigerian logo design and branding project that we completed for a client and you can see what I mean by paying attending to the right kind of branding and website. During the time she was doing the legal battle with the government over the oil company issue, she continued with the printing industry and became the first woman in the print sector with the set up of Digital Reality Print Limited in 2006, which printed billboards, building wraps, indoor roll-up banners, vehicle wraps, floor graphics, stickers. Her company is still the only female-owned company in the print industry in Nigeria.

In addition, she is the Executive Vice-Chairperson of Dayspring Property Development Company Limited, a real estate company, mostly overseen by her four sons, with business deals in different parts of the world. She and her sons are known to invest $4 million a week in and around London property purchases. She recently stunned the other realtors in London by buying four apartments in One Hyde Park, the so-called super-exclusive development in Kinghtsbridge area.

She, being a wife of 40 years, established her deft hand in writing when she launched her two-volume book under the title “University of Marriage” in 2011 – an autobiography and a family relationship guide (Marriage Book and An Autobiography).

Garlands of Praise for a Glorious Woman:

It’s no wonder such a woman as Folorunsho Alakija getting a number of awards, titles and honorary positions:

She’s one of the ‘Poineers of Nigerian Fashion‘.

The Best Designer of 1986, only a year after setting up her fashion career.

The lifelong Trustee of the Fashion Designers Association of Nigeria.

Vice-chairperson of Nigeria’s National Heritage Council and Endowment for the Arts.

Honored at the United Nations by Fashion 4 Development, a global organisation to develop fashion and arts.

The Shrewdest Entrepreneur with the Kindest Heart: Also called ‘Mama’ by her dear, near and beneficiaries, Folorunsho has been involved in several charitable activities:

Through her Rose of Sharon Foundation (established in 2008), she has helped thousands of orphans and widows, especially providing them scholarships and business grants to stand proud by themselves.

Through her companies and business partners, Mrs Alakija, has helped about 10,000 medical and engineering students in Nigeria. Her companies have also donated about one chest clinic in each of the 21 states, for the treatment of the deadly disease TB. And there have been some 21 laboratories set up in different states with the direct help from Folorunsho Alakija.

Folorunsho diverted all the profits on the sale of her books to her Rose of Sharon Foundation.

However, I must admit, with all the wealth and the power that Folorunsho has, not only is her own personal branding quite lacking but also the branding of Rose Of Sharon Foundation is quite appalling. The Rose Of Sharon logo design is quite awful to say the least. Even one man charities and organisations are paying attention to their logos and branding.

Even the organization website is quite rudimentary and looks quite dated. Some of the links do not work and the site does not seem to be updated often.

Doing Justice to Her Name:

The word Folorunsho means ‘I hand over to God for His protection’! 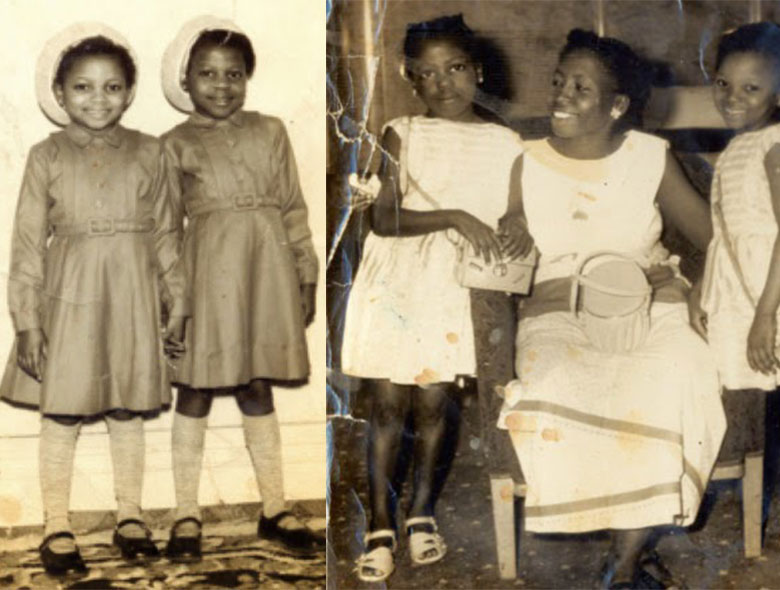 Her father so busy with so many wives, children and financial dealings still had a good presence of mind when he named this daughter ‘Folorunsho’, and she, in her own capacity, to do justice to her name sought God’s protection for her and the people around her in every of her activities. He gives all the credit to the Almighty for every of her success.

In her speech to the Students at the University of Lagos at the ceremony to mark the 2014 International Youths Day, she wanted the students to seek God’s blessings and protection in their present and future endeavors, and wanted them to be privileged for having a chance to do their university. She cautioned those students that ‘nothing is ever dropped on anybody’s lap and that one has to go out there and get it’.

At some point during her speech, she emotionally challenged the students by asking what was stopping them from doing something great when she was able to do something out of ordinary at 63 without a university degree, and being a loving wife of 40 years and  a caring mother of four sons while still managing several businesses and charities, with the humble satisfaction of doing them all not so badly at all!

Some of Folorunsho’s fans strongly believe that she’s a pure evangelist under that impure business cloak.

How Does Your Brand Provide Value to Your Market?

How To Connect Your Brand To People's Emotions What Is Your Brand Future From 2020 Onwards?